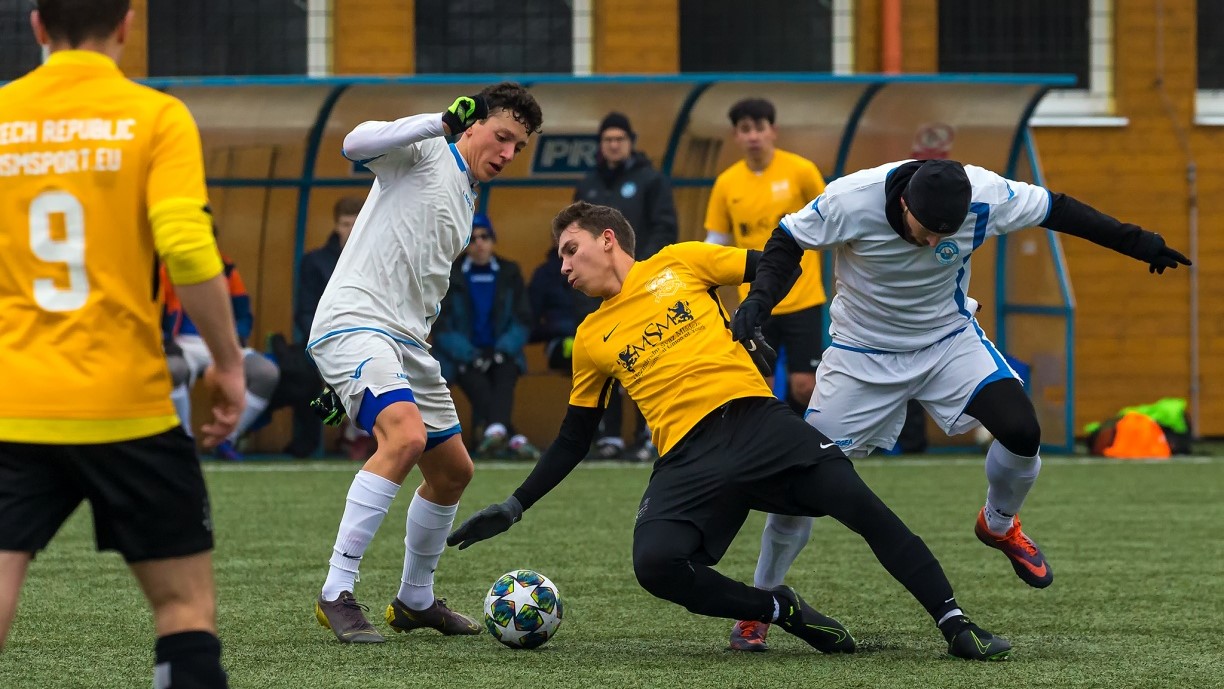 After the group stage in the first match, the players of our Football Academy were met by a serious rival, FC Aritma Praha.

In the 1st half, Aritma players managed to open an account in the match and make the guests (MSM Football Academy) nervous, after which they consolidated their superiority by scoring the second goal against our team.

After the instructions in the break between halfes, the players of our team managed to equalize in the first 10 minutes of the second half, and so 2-2.

Feeling confidence and superiority over the opponent, our players could not be stopped, hard training and experienced coaching staff made themselves felt.

The result of the match: 6-3 in favor of our team!

In the pre-season period, the MSM team will participate in the WEBER CUP 2020 winter tournament, an excellent opportunity for MSM football academy ...