The match was held at a high level, local spectators called the match against our team the best for the last 5 years, despite the defeat of their favorites, according to the inspector of the match, about 80 people came.

Already in the 12th minute of the match in Wayne Rooney style, the score was opened by Petro Good 0-1.

The second goal did not have to wait long, an experienced player and coach of our team Vladislav Kuzmenko got into the goal net from 40 meters, thereby doubling the advantage of the team 0-2 in the 17th minute of the match.

The 40th minute of the match after a foul by the goalkeeper of the opposing team Dmitry Bessonov scored the third goal from the free kick. The end of the first half 0-3.

After the break, the team opened the scoring of the 2nd half after drawing a corner ball into the goal brought Dmitry Bessonov, 0-4

It would seem that the outcome of the match was decided, but with the support of the fans, the opponent scored 3 goals,3-4 minutes .

Our team, sensing an influx of goals from the home side, continued to play and was aimed at the opponent’s goal, and at the 83rd minute of the match, MSM midfielder Alisher Abenov put an end to the match by scoring the 5th goal. 3-5 and the victory of MSM. 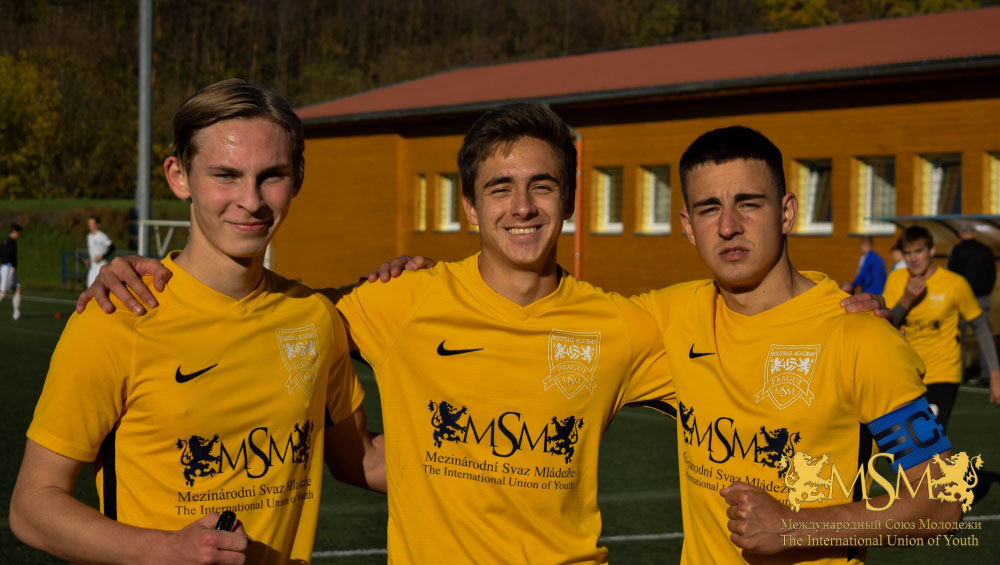 In the 14th round of the 2019/2020 season, the MSM team had a home match against TJ SOKOL REPY, previously the teams met in the cup matches in the ...