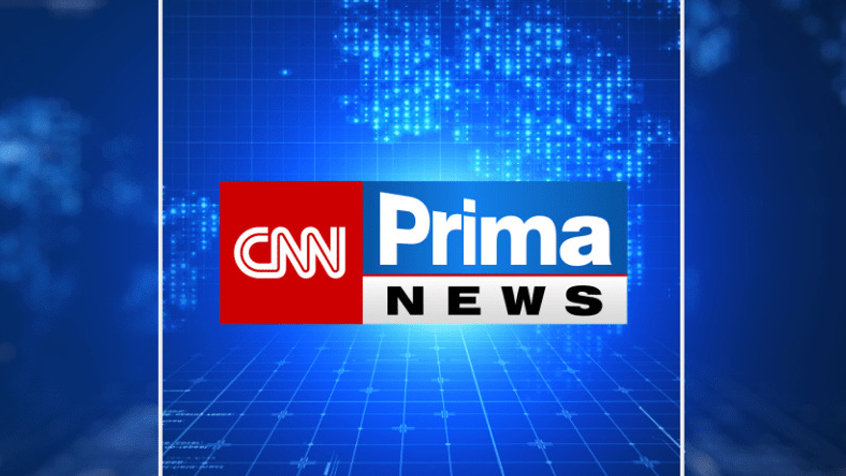 Our volunteer initiatives have not gone unnoticed by the Czech media. Below is a description of the video report on the CNN Prima News television channel, as well as a link to an interview on the leading Czech Internet portal DENIK.CZ.

Alone, without parents, in a foreign country. A team of young football players fled from the war in Ukraine.

A team of young football players fled from the war in Ukraine. They found refuge in a hotel in Roztoky near Prague. Their parents stayed at home to fight and help the army. So that the boys can at least temporarily forget about the horrors happening in their homeland, they train every day and participate in matches. The guys call their loved ones every day.

When 17-year-old Mikhail chases the ball around the field, he, at first glance, is a smart and agile boy who, like many others, dreams of beautiful goals and famous victories. But as soon as his training session in the Prague heights ends, the cheerful expression on his face suddenly becomes exhausted when he remembers how far he is from home. Like many times, he imagines what is happening in his homeland right now. Some time ago he arrived in the Czech Republic by bus. He left his family in Ukraine. It is impossible to get the war out of your head even here, 1400 kilometers from your native Kiev.

“It’s very difficult, especially when you know that parents are in such a difficult situation. I’m not in the mood and I’m still worried that nothing bad will happen to them”, – he admits. Mikhail’s friend Nikita, with whom they are currently training on the field, is also worried about his loved ones. “My dad is a soldier in reserve, he serves at the airport in Gostomel”, – describes Nikita, but there is no joy in his eyes. In the Czech Republic, they play football with a group of twenty other guys who fled the city of Cherkasy before the war.

They arrived in Prague in early March. But first they went to Hungary, where they were promised to train football players. “However, after a few weeks abroad, they never took the field. To keep up with the practice, they went to play on the grass themselves”, – says Irina Dzhaltyr, who, together with another mother Oksana, looks after all the young refugees. Then our coach from Ukraine contacted Mr. Kolesnyk from Roztoky, who suggested that we bring the boys to the Czech Republic, saying that they would train regularly here and would be safe”, – Irina adds. Leading a team of teenagers between the ages of 14 and 18 doesn’t seem to be a problem for her. She’s an elementary school teacher.

Her group arrived first – on the 30th of March. Then they were joined by guys from Kiev, Irpen and Nikolaev. “They train every day, and on weekends they hold matches. They have a regime, and this is the most important thing for athletes. They are improving their skills and are very happy and grateful for what they have here”, – says Irina. “We already know the parents of the other boys and are in constant contact with them. We call up and hold video conferences”, – she says.

According to her, football should help boys forget about the horrors that occur in their homeland. “We have found peace here. The main thing is that the children are mentally healthy. Especially at this age, it’s hard to bear all this, and I don’t want them to remain traumatized. The boys were given the opportunity to devote themselves to what they love. They don’t have time to grieve and think about the bad,” says the mother of two boys.

Even 17-year-old Nikita agrees that football helps them relax. “It’s like a breath of fresh air,” he says.

Boys miss their parents. In addition to football, the guys also attend Czech language courses. Then they continue to study remotely at a Ukrainian school. Despite the fact that their program sometimes gives them difficulties, they do not complain. “Putting it all together can be difficult sometimes, but we are coping with it. When we have time, we rest or go for a walk, or prepare for exams at school”, describes 17-year-old Denis. He says he is in constant contact with his parents. “Many of my friends have left for Europe, so we constantly correspond with each other. My parents and I call each other almost daily,” adds the native of Boryspil.
Coach Igor Iukhymenko is also trying to help young athletes. He himself is from Ukraine and has been living in Prague for 10 years. He previously played for FC Dynamo Kyiv. “The training is going well, but all the guys have some psychological problems. Therefore, we try to approach them not only from the side of coaches, but also from the side of parents and mentors. We try to keep them calm and feel at home. They are alone in a foreign country. We do everything in our power for them”, – says Iukhymenko, adding that sometimes the guys don’t even want to talk about their problems.

“They keep everything to themselves. But when I see that one of them is sad, I ask him about his family, how they are doing, whether his loved ones are hiding somewhere now. I’m trying to get them to talk and calm them down a bit”, – the coach adds.

We try to adapt them in Czech society. Now the boys live in the Academic Hotel in Roztoky. It is his owner Evgeny Kolesnyk who takes care of them together with two mothers who accompany the children. In addition to football, they are also trying to organize a cultural program for them. The city of Roztoky also tries to help them and sometimes offers them some side jobs. “For example: to trim someone’s garden. In the summer, they will work as curators or assistant coaches at sports camps. Boys need some pocket money to buy, for example, football boots”, – explains Kolesnyk.

“We try not to let them feel that everyone has forgotten about them, and therefore we try to help the guys with adaptation as much as possible. I think they are like stars here”, – he says.

How long the boys will stay here, he can only guess so far. “Everyone wants to go home. They have families there. They pretend that everything is fine, but in fact they are in terrible tension. They want to leave, but they don’t know when they can. We agreed that they would stay at our hotel until the end of the summer, but I am sure that nothing prevents them from staying here longer. Will see. School starts on the first of September, and the question is whether it’s worth going there. Tomorrow the war may end or, conversely, escalate”, – concludes Kolesnyk. 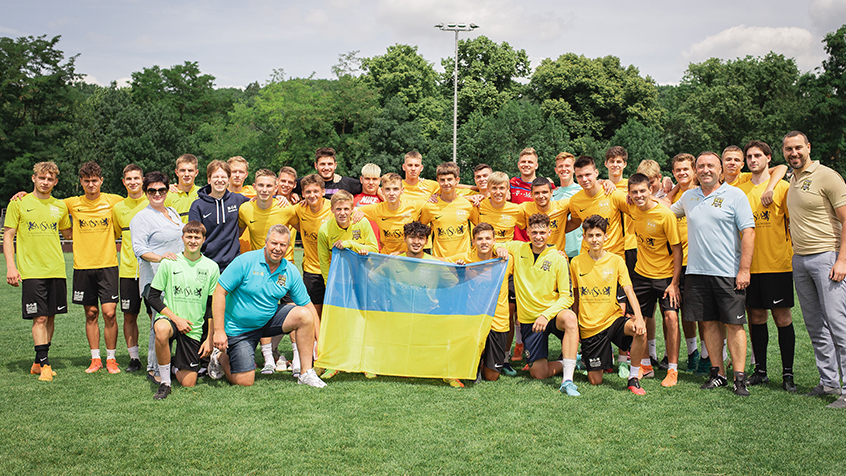 We are trying to change the attention of football players-refugees from the situation in Ukraine!

As we wrote earlier, from March 2022 MSM Football Academy accommodated in its walls more than 30 guys from Ukraine aged 15 to 17 years. It's already A ...